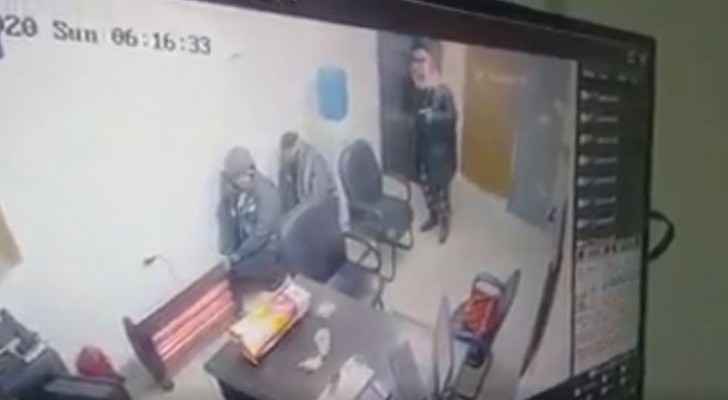 A video went viral on social media platforms showing robbery at a gas station in Amman.

The video, taken from a surveillance camera, shows an unknown, masked and armed man breaking into an office of the gas station and asking an employee for money.

The employee was forced to give the thief the amount of money that was in a cash locker, after which the robber fled the scene.

According to a statement made earlier by the Public Security Directorate (PSD), the robber stole an amount of JD 44,000.

The PSD confirmed that an investigation into the robbery was launched to track down the criminal.