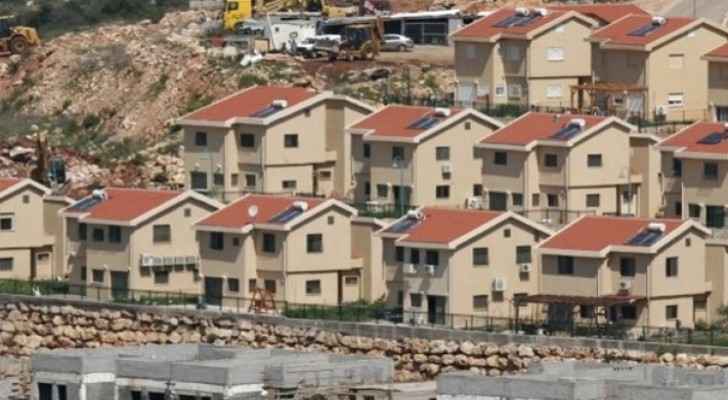 The Israeli occupation has approved the construction of 1936 new settler homes on occupied Palestinian territories, an anti-settlement Peace Now reported.

Peace Now said that nearly 800 housing units received the final approvals needed for construction to begin. It said initial approvals were given for an additional 1,150 homes. Settlement projects require several rounds of approvals.

The green light was given on Sunday and Monday. Peace Now reported that 89% of the new homes will be erected in "settlements that the occupation may have to evacuate under a future peace agreement with the Palestinians".

The Coordination of Government Activities in the Territories, the Israeli military body that oversees civilian affairs in the occupied West Bank, did not immediately respond to a request for comment.

According to Peace Now, settlement building has vastly increased under Prime Minister Benjamin Netanyahu and his ally US President Donald Trump.

Netanyahu has been fighting for his political survival after being charged with corruption and after failing to form a new coalition government following April and September elections.

The prime minister, who was indicted in November on charges of bribery, fraud and breach of trust, is now facing a third general election in March.

"Despite lacking a clear mandate, for this caretaker government it's business as usual - continue the massive promotion of harmful and unnecessary construction in occupied territory and in places that Israel will have to evacuate," said Peace Now in a statement.