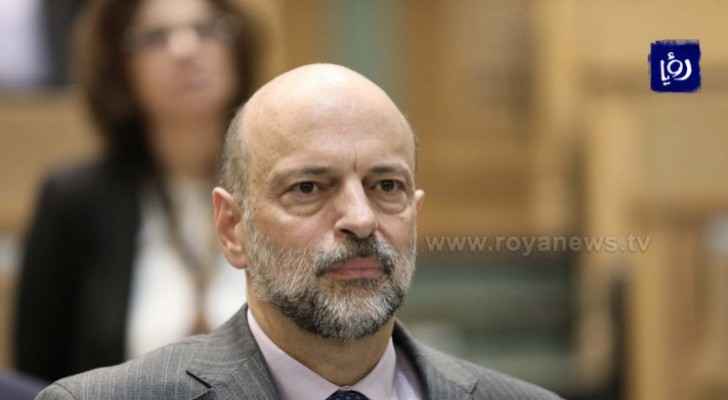 Prime Minister, Omar Razzaz said the government is in the process of reviewing all energy agreements, and it needs time to answer parliamentary questions and proposals on all aspects related to the energy sector, in a manner that enhances cooperation between the legislative and executive authorities to serve national interests.

Razzaz's remarks came during a session of the Lower House today, which saw the MPs of the Reform Bloc leave the session hall, in protest at the House Presidency's disapproval to discuss the "gas agreement" in the legislative session earlier agreed upon.

During the debate, House Speaker, Atef Tarawneh, said the parliament will hold a special session to discuss the energy file after consulting with the Parliamentary Finance Committee, adding opposition in the Parliament is in accordance with the internal system and not by imposing discussion of any issue by force on the previously-approved agenda.

Tarawneh added, "We reject the gas agreement, but we do not accept dealing with this issue in a "populist manner" and outside the internal system. The House's Presidency has not received a parliamentary motion to propose a confidence vote on the background of the gas deal, which is being circulated on news sites and social networking platforms".

Read more: MPs sign memo of no confidence in the government