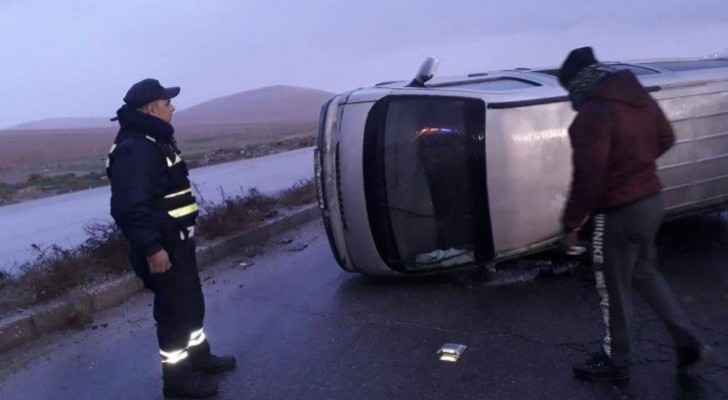 The Central Traffic Department (CTD) said that six road accidents have taken place this morning in various parts of the Kingdom.

The CTD explained that the accidents occurred for not leaving plenty of space between vehicles and because drivers didn't abide by the traffic rules.

A speeding bus has strayed from the road in the Free Zone bridge near Mafraq this morning, while a pickup truck has overturned near the Arnous area near Mafraq.

A vehicle has overturned around 150 meters away from the Hashemite University. The fourth accident occurred when a vehicle collided with another on the Naur-Dead Sea road.

The six accidents have left several people with injuries and caused material damage to the vehicle and traffic obstruction. Traffic accident death rate in Saudi Arabia falls by over ....