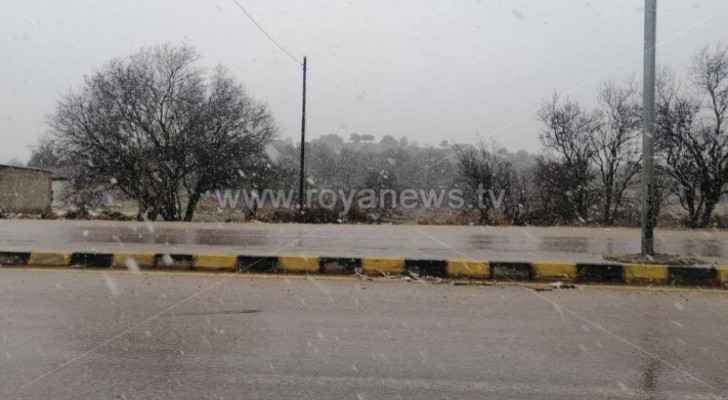 The weather forecaster and Arabia Weather adviser, Jamal Al-Mousa said that more rainfall is expected in various parts of Jordan this evening, as the Kingdom is currently under the impact of a second-degree weather depression.

Rainfall will be heavy at times, with a remarkable drop in temperatures, Al-Mousa said.

There will be a chance of rain mixed with snow and hail in several areas, Al-Mousa mentioned, adding that areas exceeding 1200 meters above sea level are likely to witness snowfall.

As for Sunday, January 5, the weather will be cold with heavy rainfall and a chance of snowfall over the highlands.

However, on Monday, January 6, stable weather conditions are predicted, with a slight rise in temperatures.

Another weather depression is expected to hit the Kingdom on Tuesday afternoon, January 7, with a drop in temperatures and rainfall in most parts of the Kingdom, he revealed.

On Wednesday, January 8, the weather will remain cold, cloudy and rainy in various regions, where rain may be heavy at times.