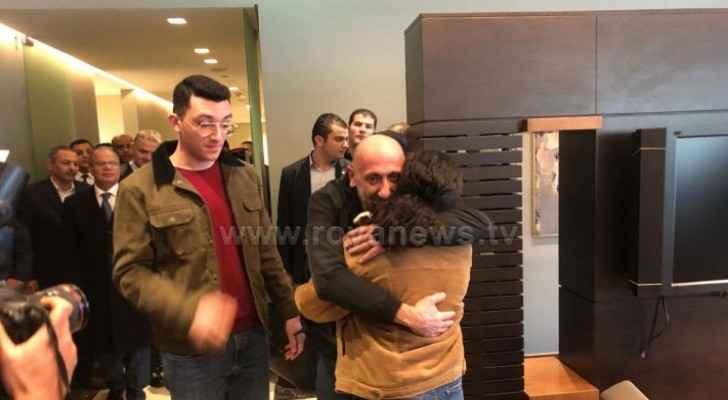 Fadi Afara, the Jordanian citizen who was detained in Libya has arrived in Amman on Thursday, January 2, after he was released by the Libyan authorities.

Afara was welcomed by his family at Queen Alia International Airport (QAIA).

In previous statements, the Ministry of Foreign Affairs and Expatriates confirmed that it was closely following up on the issue of the kidnapping of the Jordanian citizen, and that, since August 2018, it has been in contact with the Libyan side.

The Jordanian citizen Afara was being held by the joint security room in the Libyan capital, Tripoli, in the Tajura region.

Amara said in statements to Roya that he suffered a lot during his detention, but he does not wish to make statements to the media at this time.

He explained that he was taken to Tripoli Airport yesterday. He also thanked the Jordanian Foreign Ministry for its efforts.