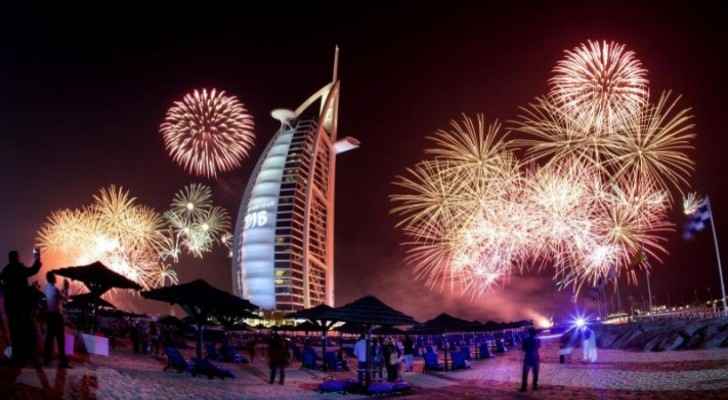 The emirate of Ras Al Khaimah will attempt to break two Guinness World Records as part of the New Year 2020 celebrations, according to the Khaleej Times.

The two bids will be: One, the use of the most unmanned aerial vehicles that will launch fireworks simultaneously with 190 drones firing at the same time, and, two, the longest wall of fireworks that will span a length of 4,000m (4km).

Preparations have entered the final stage for the fireworks to meet stringent guidelines set by the adjudicators of the Guinness World Records.

Every aspect of the 190-drone record attempt is being fine-tuned for perfection along with specifics to create the longest firework wall with the fireworks hung on wires for a distance measuring 4,000m in a bid to break the current record of 3,517.23m recorded in Fukuoka, Japan. These specifications will ensure that the stunning show will thrill the audience for longer than the average fireworks displays. The pyro-drones theme will also entail recreating the key monuments of Ras Al Khaimah through laser displays and pyrotechnics as the display builds to its grand finale.

A spokesperson for the organizing committee for RAK NYE 2020 said that despite Ras Al Khaimah's previous record-breaking firework successes, this year is on another level in terms of scale.

While the Ras Al Khaimah New Year's Eve Gala has set Guinness World Records in the past two years, this year the innovative two record bids are first-of-a-kind, assuring a magnificent display. We are lending the final touches to the preparation and are working closely with the adjudicators to ensure that the show will be unlike any before. There has been strong response from the public - including from international visitors - to be part of the event, with strong sales for our Gala Dinner event and other activities on-ground, the spokesperson said.