JMD: Snowfall in the forecast over areas exceeding 1500 meters above sea level 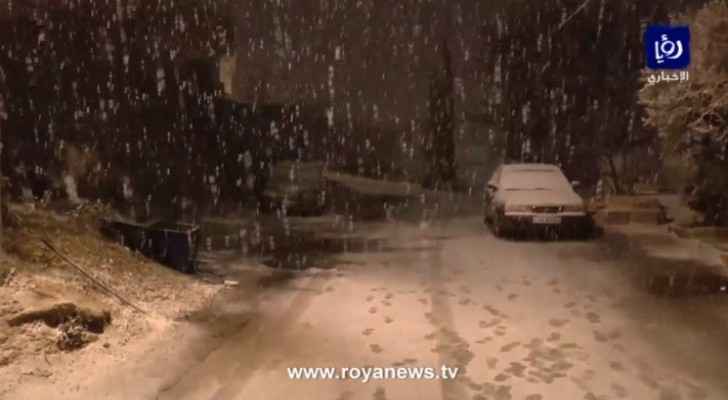 According to the latest weather updates, the impact of the cold air mass will last until Friday, where the weather will remain extremely cold, cloudy and rainy in most areas of the Kingdom, the Jordan Meteorological Department (JMD) announced.

During daytime tomorrow, rainfall may be heavy at times in the northern and central regions of the Kingdom and some parts of the eastern and southwestern regions, which may cause flash floods in the valleys and lowlands.

Rainfall may be accompanied by thunder and hail showers in some areas.

JMD added that there will be a slight chance of light snow over the areas exceeding 1500 meters above sea level tomorrow morning.