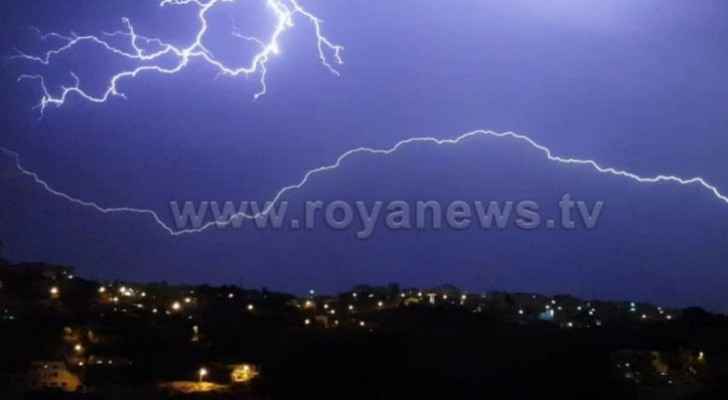 According to the recent weather forecast, rain showers are expected this evening in the northern regions of the Kingdom, the Jordan Meteorological Department (JMD) announced.

Later, the central areas and parts of the eastern and southwestern regions are expected to witness some rainfall.

During late night, rain may be heavy in the northern and central areas, which may cause flash floods in the valleys and lowlands.

Rain may be accompanied by thunderstorms and hail showers in some areas, with southwesterly strong wind at times.

In Aqaba, the weather is predicted to be cold and dusty at times, with some clouds and southern moderate speed wind.