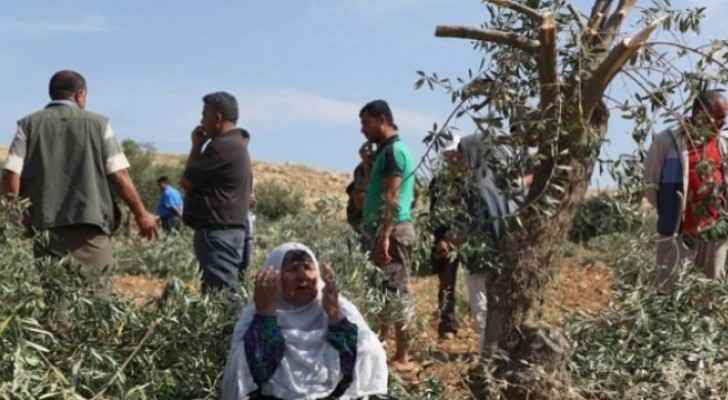 Israeli soldiers today forced a number of farmers in the southern West Bank village of Kisan to leave their land and threatened to arrest them if they do not, according to Kisan deputy head of village council, Ahmad Ghazal.

Soldiers raided the village and prevented the farmers from ploughing their land after ordering them to leave it or face arrest.

The farmers were ordered to get a permit from the Israeli security at the nearby Gush Etzion settlement bloc, south of Bethlehem, if they are to enter and work on their land.

The land in question is around 100 dunums in area and owners have been working and planting their land with crops for years. They also have deeds proving ownership of the land.