Jordan Valley citrus fruit production down due to late rain 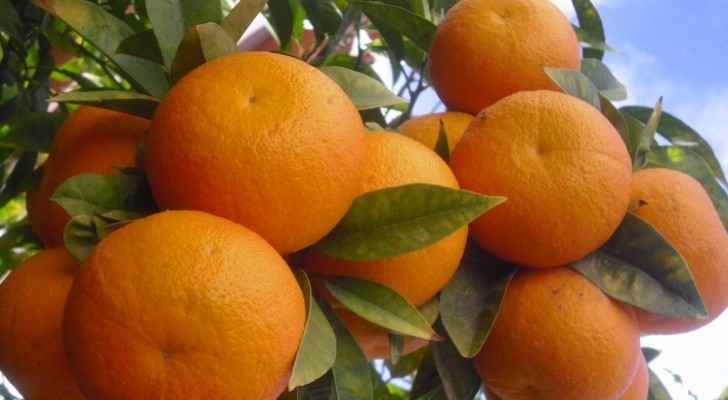 Farmers in the Northern Jordan Valley said on Saturday, December 14, 2019, that citrus fruit production this year was down about 25 percent from the previous season due to the late rainy season.

They said that late rainfall helped to delay the ripening of fruits for longer than usual, which prompted prices to fall, especially early in the season when prices are relatively higher due to a lower supply of the fruit to the market.

Citrus is the most feasible crop for farmers in the Northern Jordan Valley, where about 60,000 dunums are planted with citrus trees, an area spanning the valley strip from Adasiya in the north till Kraymeh in the south.

"The rainy season was late, although it was abundant. But its timing did not help the ripening of the fruits in their normal and usual time, so the fruit dropped prematurely before ripening, which led production to plummet by up to 25 percent," said Muath Bin Jabal Mayor Sari Al-Abadi.

He called for setting up a central produce market in the Northern Jordan Valley, which would help create jobs for local people and reduce cost as it supplies the other markets across the Kingdom with the crops produced in the region, particularly citrus.

Mohamed Shamali, head of a local council and himself a farmer, called for supporting farmers by reducing customs duties on production inputs.

MP calls Arab world to unite with Jordan in fighting ....

MP calls Arab world to unite with Jordan in ....

MP calls Arab world to unite with Jordan in ....