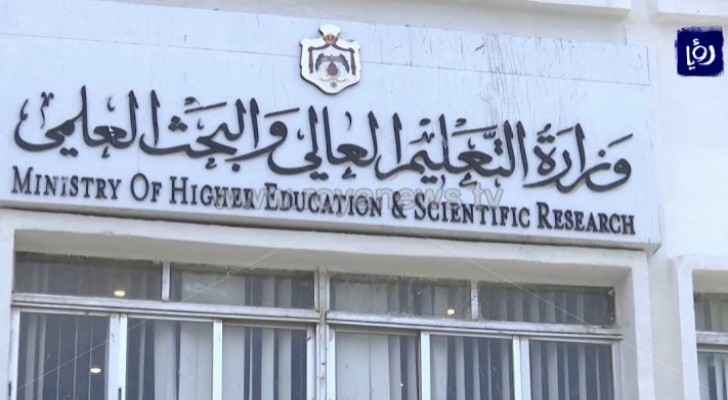 Minister of Higher Education and Scientific Research, Dr. Mohieldin Touq, has dismissed media reports circulated over the last two days as "baseless" that claimed Jordan has received an official letter from the Ukrainian authorities on dismissing hundreds of Jordanian university students there.

According to Touq, the letter, which emanated from the necessity of solving the problem as soon as possible with the need to respect Ukrainian law, the Ukrainian Ministry of Education has agreed to help those students by granting them the authenticated academic documents that show the duration of their university study, in addition to the syllabus subjects they have passed, and the results per each subject. "

The Ukrainian Ministry of Education and Science, he said, stressed the need to find possible solutions jointly and unify efforts, adding "it "insists on the responsibility of Ukrainian university employees who caused the current situation triggered by their negligence and not taking appropriate action at the time."

Touq noted the ministry is currently consulting with the Ukrainian Ministry of Justice to find additional solutions to reduce the damage, if possible, on Jordanian students.

Touq urged all students and their parents to be careful and cautious in obtaining the correct and accurate information related to this subject, and to shun rumors, with the need to follow the ministry's official statements, calling on the various media outlets to be seek accuracy in this regard.

The Jordanian Ministry of Higher Education (MoHE), he said, "has paid great attention to this file from the first moment it was notified last May through the Ministry of Foreign Affairs and Expatriates and the Jordanian embassy in Moscow of the intention of the Ukrainian authorities to dismiss a number of Jordanian students enrolled at Ukraine because they have unrecognized high school certificate from Yemeni and Libyan schools in Ukraine."

Subsequently, he noted the MoHE has dispatched its Assistant Secretary-General, who met with the Ukrainian Minister of Education and Science, in addition to a number of Ukrainian university presidents, and made several suggestions to solve this problem.

He continued: "The MoHE, in view of not receiving any response from the Ukrainian authorities, has several times in the following months of the same year, contacted the Ukrainian Minister of Education and Science through the Jordanian Ministry of Foreign Affairs in an effort to solve this problem."

In light of the Ukrainian authorities' delay in responding, he noted the MoHE has submitted the entire file to the Prime Minister to look into a solution at the level of the two governments.

Later, Touq said his meeting with the Ukrainian Chargé d'Affaires in Amman went over a solution to the problem, who promised to work to solve it.

Touq also pointed to Minister of Justice Dr. Bassam Talhouni's visit to Ukraine, during which he met the Ukrainian Minister of Education and Science and delivered a letter from the MoHE voicing the need to accelerate a solution to the problem of Jordanian students in Ukraine, where the Ukrainian minister promised to study all student files with the relevant authorities and address this dilemma.

First batch of students nominated to ....