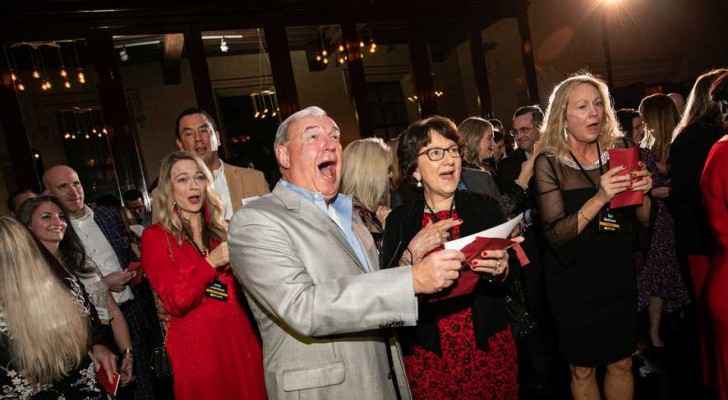 On Tuesday, December 10, 2019, St. John Properties, one of the largest commercial real estate firms in the Mid-Atlantic, publicly announced a $10 million bonus will be paid to all 198 of its employees in celebration of achieving its goal of developing 20 million square feet of office, flex/R&D, retail, and warehouse space in eight states. The unprecedented surprise bonus announcement was made internally by company founder and chairman Edward St. John at the company’s annual holiday celebration, held at The Grand in Baltimore on December 7, 2019.

According to the Company's official website, all 198 St. John Properties employees will be paid a bonus solely based on years of service, with the average employee receiving $50,000. Only five employees at the company knew about the bonus in advance of the surprise announcement.

"To celebrate the achievement of our goal, we wanted to reward our employees in a big way that would make a significant impact on their lives," said Edward St. John. "I am thankful for every one of our employees, for their hard work and dedication. I couldn’t think of a better way to show it."

This bonus will be paid out in addition to the company’s annual year-end bonus, as well as other benefits, which include 401(k) with matching, profit sharing, and paid vacation time. The company also offers an on-site fitness facility, company-owned vehicles for eligible employees, physical therapy and wellness consultations, as well as access to a financial advisor.

"My philosophy has always been to surround myself with the best and the brightest – and that is what we have done. Every professional at St. John Properties is committed to excellence every day," added St. John.

St. John Properties, Inc., founded in 1971, owns and has developed more than 20 million square feet of Flex/R&D, Office, Retail and Warehouse space in Maryland, Colorado, Louisiana, Nevada, Pennsylvania, Virginia, Utah and Wisconsin. The company was named "2018 Developer of the Year" for the Nation by NAIOP, the Commercial Real Estate Development Association.

Teachers’ bonuses to be paid at the beginning of 2021

Teachers’ bonuses to be paid at the beginning of ....

Teachers’ bonuses to be paid at the beginning ....

Teachers’ bonuses to be paid at the ....