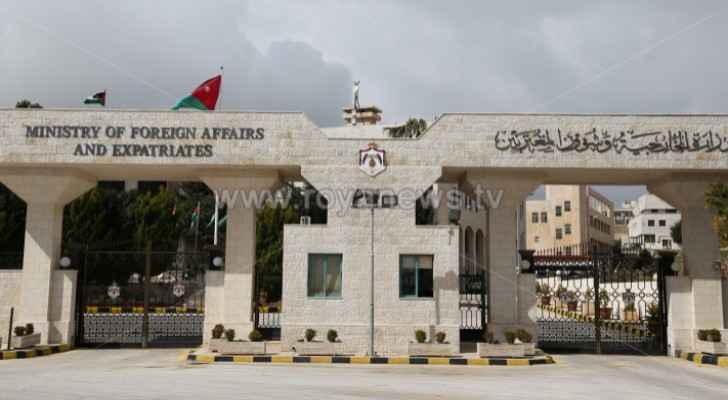 Ministry of Foreign Affairs and Expatriates condemned on Tuesday, December 10, 2019, the ongoing Israeli violations against the Al-Aqsa Mosque/ Al-Haram Al-Sharif.

The latest of these violations was when a former Knesset member, accompanied by a group of extremists, performed religious rituals at the entrance to the Bab Al-Maghribah, one of the Al-Aqsa Mosque's gates. Then, they stormed the Al-Haram Al-Sharif under the protection of Israeli police.

The Ministry's spokesperson Daifallah al-Fayez said these actions are rejected and constitute a provocation to Muslims around the world and a violation of Israel's obligations as the occupying Power in accordance with the international law.

He warned of the continued violations and called for an end to them and for respecting the historical and legal status quo, stressing that the Al-Aqsa Mosque, with a full area of 144 dunums, is a place of worship for Muslims only.