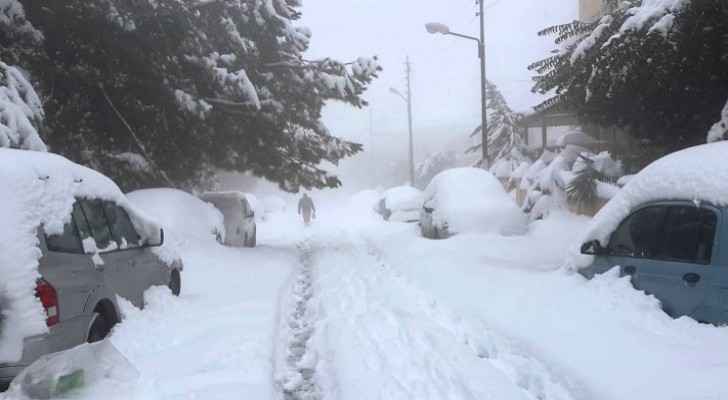 Six years ago, snow had covered swaths of Jordan as the strong storm "Alexa" hit the country.

On December 12, 2013, Jordanians in most governorates of the Kingdom awoke to blizzard conditions.

"Alexa" snowstorm has brought heavy snowfall, torrential rain and icy winds to the country that year.

The storm was considered as the most powerful winter storm since February 2003.

Throughout the storm, Jordan was affected by a big freeze and sharp frost that continued until the 26th of December 2013.

The next weather depression this year is expected to affect Jordan on the same day of "Alexa" snowstorm.

It's expected to be a second-degree weather depression, with a remarkable drop in temperatures and relatively cold weather.

The question is, would Jordan witness snowfall during the coming weather depression just like it did in the 2013 snowfall?