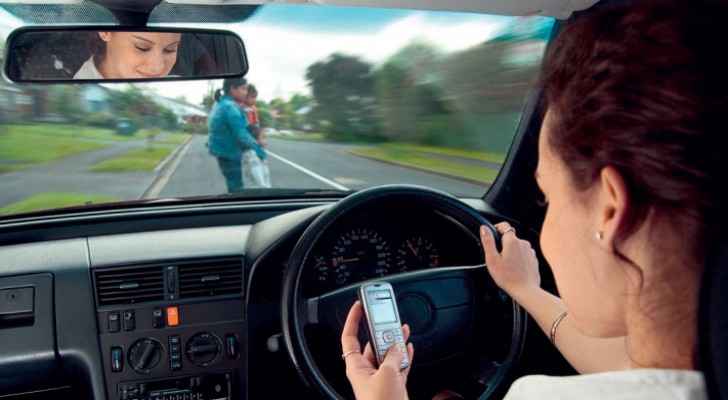 During a special interview on Roya's "Donya Ya Donya" program, President of the Jordanian Society for the Prevention of Road Accidents (JSPRA), Wafai Imsis said that using the mobile phone while driving would distract the driver.

He added that around 1,600,000 traffic accidents occurred in the world during the past year, as a result of using mobile phones while driving.

For his part, Director of the Central Traffic Department (CTD) at the Public Security Directorate (PSD), Salem Al-Shammasin said that the rate of losing concentration while having phone calls using headphones or bluetooth is equal to the rate of direct use of the phone.

He pointed out that the use of mobile phones while driving makes drivers more vulnerable to road accidents and more distracted.