Dozens protest against 'Deal of the Century' in Downtown Amman 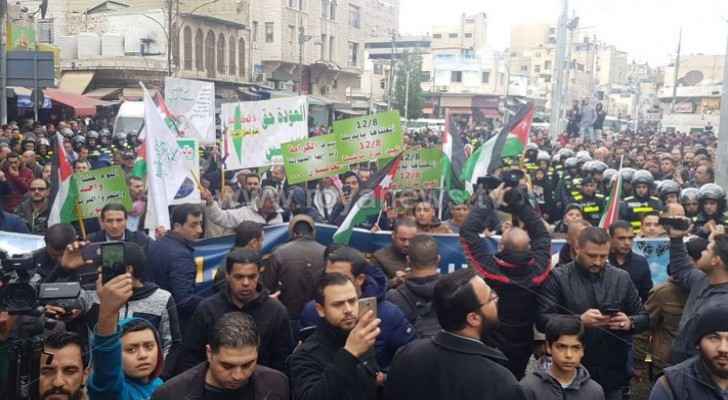 Dozens of Jordanians joined a procession today in Downtown Amman to protest against the "Deal of the Century".

The procession started from the Husseini Mosque after Friday prayers, where protestors confirmed their rejection of the so-called, " US peace plan" and called for canceling all charters and agreements with the Israeli occupation, particularly the Wadi Araba Treaty agreement and the Jordan-Israel gas agreement.

Protestors raised the Jordanian flags and held banners indicating statements that confirm the Arab-Palestinian right to Palestine, and reject all projects targeting that right.