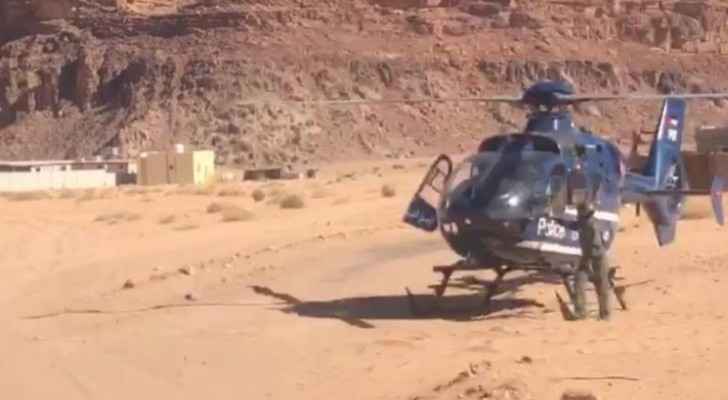 The Public Security Directorate (PSD) personnel have managed to rescue a tourist who went missing last night in the Wadi Rum area.

Police were notified that a tourist of German nationality went missing in Wadi Rum last night, the PSD spokesman said, adding that rescue and search teams were formed from members of the region's security and the Civil Defense Directorate (PSD).

The search teams combed the area until Wednesday afternoon when the tourist's whereabout was spotted, the spokesman mentioned, adding that the visitor was found with a broken foot, and was airlifted by a medical evacuation helicopter for treatment. Star, its exoplanet named after Petra, ....