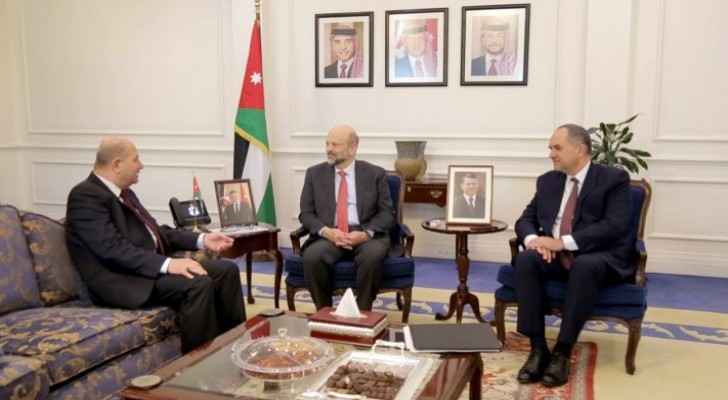 During the meeting, which was attended by Minister of Justice Bassam Talhouni, Razzaz affirmed the "deep-rooted and historic" ties between the two countries and Jordan's keenness to cooperate with the Iraqi side and exchange capabilities and expertise in many fields, including in legal and judicial areas.

Razzaz underlined the importance of the memorandum of cooperation in the field of extraditing convicted criminals signed by the two countries' justice ministers on Tuesday, at the legal, judicial and humanitarian levels.

Razzaz, who was briefed by the Iraqi minister on the latest developments in his country, hoped Iraq's security and stability will be bolstered.

For his part, the Iraqi minister voiced his country's interest in benefiting from Jordan's expertise in the legal and judicial fields , pointing to the importance of the memorandum of cooperation signed yesterday to extradite convicts mutually and its impact on achieving the prisoners' and their families' psychological stability.