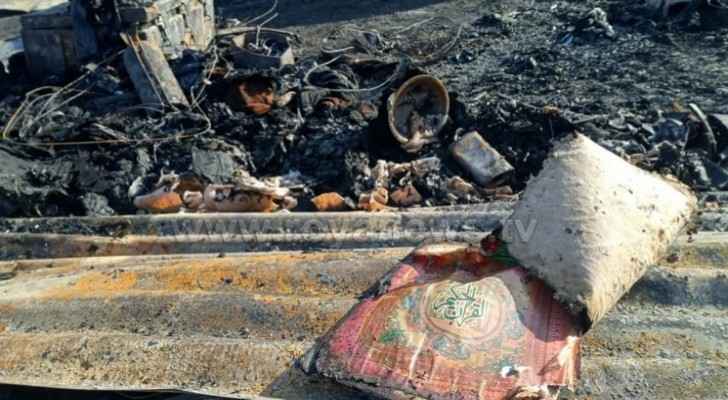 Media spokesman for the Civil Defense Directorate, Eyad Al Amro revealed the cause of the tragic and painful fire incident that occurred inside a farm in the Karama area of Southern Shouna.

In a phone call with Roya, Al Amro pointed out that preliminary investigations showed that the fire broke oon the dawn of Monday, December 2, 2019, ut due to electrical contact.

He mentioned that the 13 victims, which include eight children, are all Pakistan expatriates.

After the investigations are done, a final report will be issued, which will include all the details of the incident.