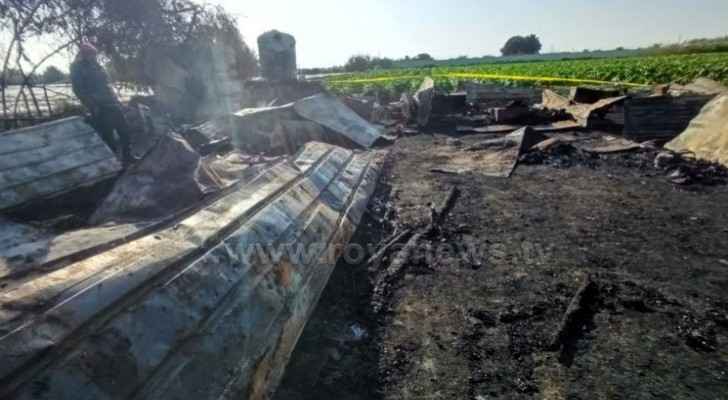 Thirteen people died and three others were injured in a house fire that took place in Southern Shouna on the dawn of Monday, December 2, 2019, according to a statement issued by the Civil Defense Directorate (CDD).

The statement explained that the fire broke out in a house with a zinc roof, where two families, whose members are Pakistanis, live.

The house is located inside a farm in the Karama area of Southern Shouna.

The statement indicated that thirteen people have died immediately as they suffered from severe burns, while three others were found in a state of panic and fear following the fire.

Firefighters managed to put out the fire, while the ambulance teams managed to provide the necessary first aid to the injured and referred them and the deceased to Southern Shouna Hospital.

The injured were listed in good health conditions.

A committee has been formed by the concerned authorities to determine the causes of the fire.