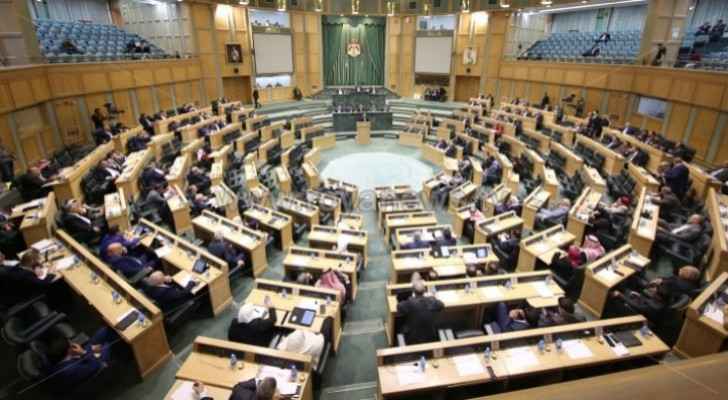 During a Parliament session held this morning, the Lower House has approved the law amending the Personnel Service in the Jordan Armed Forces-Arab Army (JAF), 2019.

During the same session, the deputies also referred the 2018 Audit Bureau report to the Finance Committee, the Public-Private Partnership Law to the Economy and Investment Committee, and turned to its Legal Committee the bills Amending the Civil Defense Law, and the Arab Convention for the Prevention and Combating of Human Cloning 2019, for ratification.

Under the JAF personnel bill, the service member's employment status has altered in terms of secondment and placement, changed job titles, granted study and unpaid leaves, adjusted the amount of end-of-service indemnity, and increased the remuneration of civilian workers.

The bill also raised the recruitment age to 18 instead of 16 years, and reduces the recruiter length to no less than 160 centimeters for males and 150 for females, in addition to raising the annual leave to 36 days, and granting unpaid and study leaves.

The bill has also granted a 3-day "paternity" leave for working personnel.

On the goals, the bill comes to keep pace with the developments and align terminology to be consistent with the job title changes, and with the requirements of the amendment of the Social Security Law, especially as the personnel have begun subscribing to Social Security Corporation since 2003.