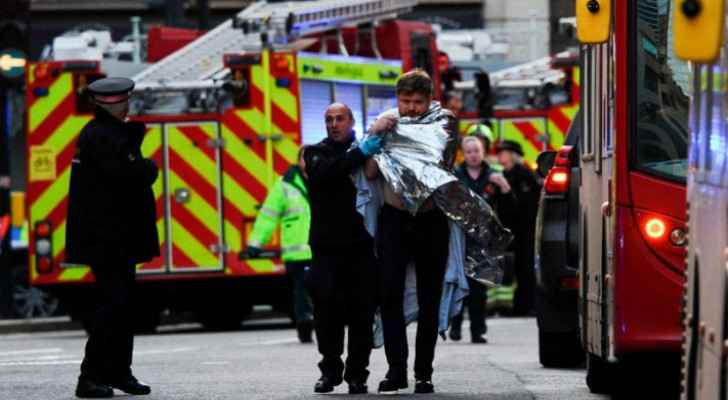 The Ministry of Foreign Affairs and Expatriates has "strongly" condemned the terror attack that targeted unarmed civilians in London, killing two people earlier on Friday, November 29, 2019.

The Ministry's spokesman, Daifallah al-Fayez reiterated Jordan's solidarity with the government and people of the United Kingdom in the face of terrorism and "blind" violence aimed at undermining Britain's security, and stability.

Fayez also expressed his sincere condolences to the families of the victims and wished the injured a speedy recovery, affirming the Kingdom's firm rejection of the various forms of violence and terrorism that target all without distinction between religion and race, and whatever its source and ideologies are.

The rampage began just before 2 p.m. on Friday at Fishmonger's Hall, a historic building on the north side of the London Bridge, according to CNN.

The suspect was attending an event in the building organized by the University of Cambridge's Institute of Criminology, according to the assistant commissioner and the organizer's website.

He began his attack within the hall then moved out toward the London Bridge.

The suspect, who had stabbed a woman and a man and caused injuries to a man and two women, was wearing a suicide bomb vest. It was reported that he died on the scene after being shot by police on London Bridge.