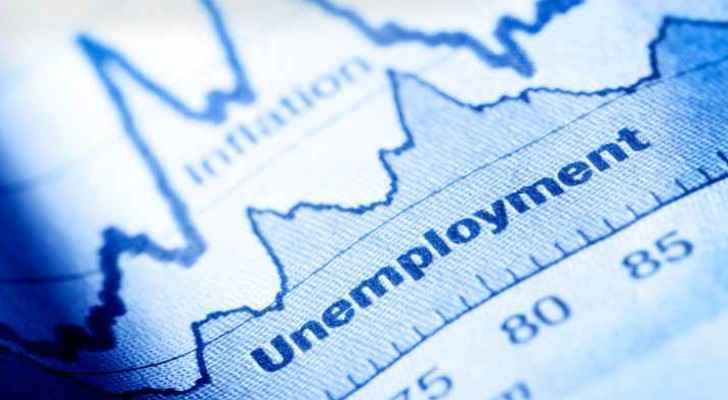 Jordan's unemployment rate has reached 19.1% in the third quarter of 2019, up by 0.5% for the same period last year, the Department of Statistics (DoS) announced in a statement.

The unemployment rate among males in the aforementioned period reached 17.1% compared to 27.5% among females, the statement added.

The statement indicated that the unemployment rate among males rose by 0.8% points and among females by 0.4% points compared to the third quarter of 2018.

The unemployment rate was high among university graduates (unemployed individuals with a bachelor's degree and higher, divided by the workforce of the same educational qualification), reaching 25.2%, compared to other educational levels.

Around 55.8% of the total jobless were General Secondary School Certificate (Tawjihi) holders and 44.2% of the total unemployed had less than secondary education.

The percentage of unemployed varied according to the educational level and gender, where the highest unemployment rates were recorded in the age groups 15-19 years and 20-24 years, with 29.9% and 38.8% respectively.