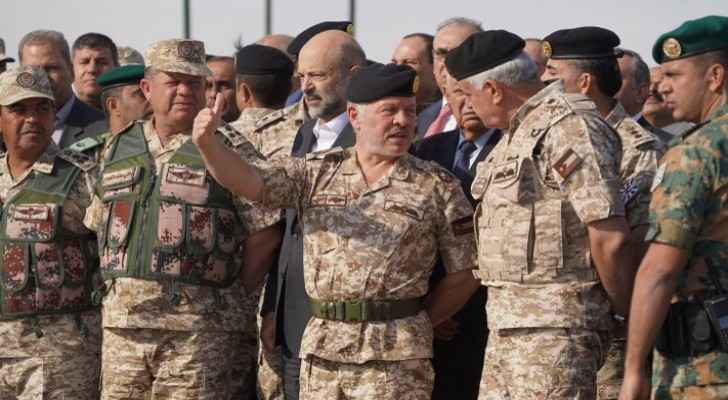 He said there are plans for increased focus on training to ensure JAF personnel are at the ready to safeguard Jordan and counter-terrorist and extremist threats.

Hneiti expressed JAF’s pride in the King’s leadership and achievements in spreading peace and compassion, which have garnered international attention.

The tactical exercise simulated the execution of a tight defence plan, utilizing artillery and attack helicopters, as well as various types of arms and anti-tank weapons.

Senior officials and officers; heads of security agencies; military retirees; a number of university students, presidents, and faculty; and military attachés at embassies in Jordan attended the exercise.