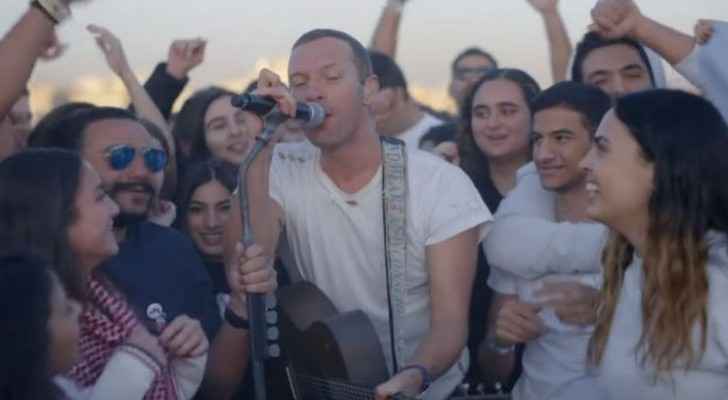 The two spectacular live shows took place at the historic Amman Citadel at the center Downtown Amman, where a group of Coldplay fans gathered and joined the band in singing and dancing.

The sunrise concert began at 4 am, with the sunset concert following at 2 pm.

The timings of the shows reflected the two halves of Coldplay's brand new album, Sunrise and Sunset.

Coldplay’s band members thanked all their fans who joined them, calling their experience "magical."

I'll never forget the moment the last slither of sun disappeared as Chris sang the final Hallelujah of Everyday Life. From below us, there was a distant but mighty cheer. It was this group of fans at the citadel's base. Thanks to everyone who tuned in today. It was magical. PH pic.twitter.com/XBR7LNffuD

Things like this don’t just happen. They’re the result of an absolute tsunami of human effort. Every detail, every element the result of somebody, or somebodies working at the absolute peak of their abilities.… https://t.co/xSS92k2c72

On Saturday, November 23, Coldplay also performed a concert live at the Amman Citadel, attended by hundreds of Coldplay's fans.

On social media platforms, Coldplay's fans shared photos and videos of the wonderful shows and concert.

Coldplay sharing thanks at the end of their public #EverydayLife show in Amman, Jordan

Coldplay inviting you to be part of livestream shows in ....

Coldplay inviting you to be part of ....