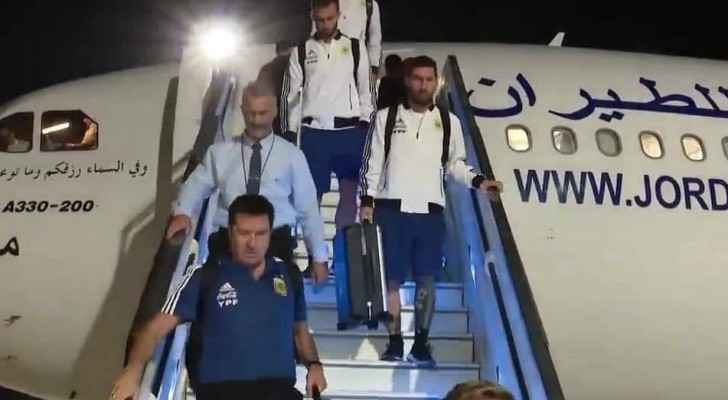 Argentina’s national team and its superstar, Lionel Messi's arrival in Tel Aviv via a plane of a local airline has provoked Jordanian users on social media platforms.

Some users have called on boycotting the company, considering that this is a form of normalization with the Israeli occupation, while others made fun of that.

"Messi is the most famous and richest in the world..I wonder how he chose to travel via a Jordanian airline. He may have run out of money," Ahmad Awartani said.

"Argentina's national team has chosen to travel via a Jordanian airline because they don't have enough money to pay for a better airline," a social media user said.

"He left all the world's ailines and chose to travel via the Jordanian airline," Mohammad Akram commented.

Some considered that the Jordanian airline has gotten international publicity for free.

"The airline knew how to seize the opportunity and make itself famous by transporting "Jews" to the occupied territories, taking photos with them and making sure that they arrived safe," Ayman al-Essa commented.

However, some said that this holds a political message "wrapped in an innocent framework."