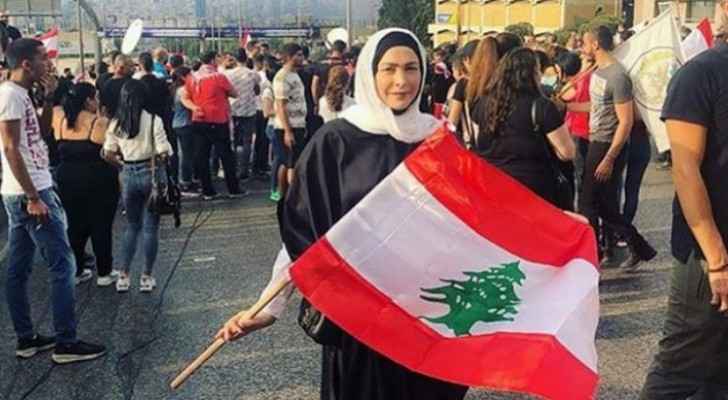 Thousands of Lebanese took to the streets on Sunday, November 17, 2019, as an unprecedented protest movement against the ruling elite entered its second month with the country in the grip of political and economic turmoil.

The leaderless pan-sectarian movement has swept the Mediterranean country since October 17, prompting the resignation of Prime Minister Saad Hariri's government.

Demonstrators are demanding a complete overhaul of the political class and for a new government of technocrats not affiliated with traditional parties.

Protesters have decried everything from unemployment to chronic power cuts and say they are fed up with the same families dominating government institutions since the end of the 1975-1990 civil war.

No date has been set for parliamentary consultations required to pave the way for a new cabinet line-up and the country has been paralyzed by school and bank closures.

On Sunday, thousands of Lebanese flooded main squares in Beirut, second city Tripoli in the north and the southern port city of Sidon as well as other parts of the country.

They dedicated their rallies to the "martyrs" of the "revolution" -- two men who lost their lives in the protests.

"Life has been bitter for years and today the people are in the street to achieve their demands," protester Kassem Kassem said in Beirut.

In Tripoli, demonstrator Khaled Sabbagh, 26, said those in power tried, "but failed to circumvent the demands of the popular uprising".

"We must prevent any plan aimed at dividing us and we must push our demands and not give up, no matter how much pressure is applied until the people emerge victorious," he said, while warning of "new challenges".

Hours earlier, independent candidate Melhem Khalaf was elected head of the Bar Association, beating a rival backed by political parties, in what some Lebanese hailed as a victory for the protest movement.

"A thousand congratulations to the revolutionaries," filmmaker Lucien Bourjeily said in a tweet.

Khalaf said he hoped his election would pave the way for independents to be selected for government jobs.

"The Bar Association will be a bulwark of public freedoms and human rights and a guarantor of the edification of a just state," he said.

Sunday's protests were also bolstered by news that a former finance minister tipped to form the new government had backed down.

Wealthy 75-year-old businessman Mohammed Safadi said late Saturday it would be difficult to form a "harmonious" government in the current climate.

Safadi -- who protesters see as emblematic of a corrupt and incompetent establishment -- said he hoped that Hariri, whose government has stayed on in a caretaker capacity, would be reinstated.

The protests have been largely peaceful, but two people have been killed since they started.

Alaa Abu Fakhr, a 38-year-old father of three, died on Tuesday when an army officer opened fire as demonstrators blocked roads in the coastal town of Khalde, south of Beirut.

The other fatality, Hussein al-Attar, was killed early on in the movement as demonstrators blocked the airport road.

On Sunday, army chief General Joseph Aoun, in his first remarks since the protests began, condemned the "unauthorized" blocking of roads.

The demonstrations erupted spontaneously on October 17 after the government announced a plan to tax calls made via free mobile phone apps such as WhatsApp.

They were fuelled in part by fears of a currency devaluation and a dollar shortage after banks restricted access to the greenback, causing unofficial exchange rates to spike.

Even before the protests began, economic growth in Lebanon had plummeted in the wake of repeated political deadlocks in recent years, compounded by the war in neighboring Syria.

Public debt stood at more than $86 billion, or higher than 150 percent of GDP, according to the finance ministry.

The World Bank says around a third of Lebanese live in poverty and has warned the struggling economy could further deteriorate if a new cabinet is not formed quickly -- a tough challenge, in a country where administrations must maintain a delicate confessional balance.

Protesters clash with security forces in Lebanon ahead of ....

Protesters clash with security forces in ....