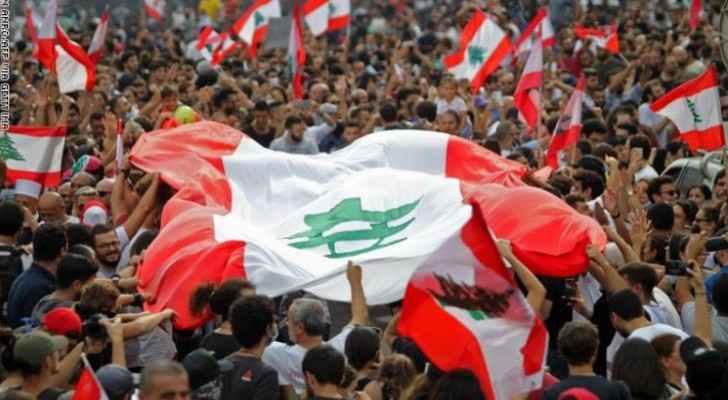 Nearly four weeks into nationwide protests calling for the ouster of the ruling elite, radical changes demanded by demonstrators have not been implemented.

The peaceful protests against corruption and sectarianism have paralyzed Lebanon, worsening an economic crisis that has brought the country to the brink of default.

Central bank governor Riad Salameh -- increasingly under fire for his monetary policies -- insisted however that deposits were safe and the country's currency would remain pegged to the dollar.

"The central bank's first and foremost goal is to protect the Lebanese pound's stability," he told a news conference.

Salameh said he had asked local banks to lift restrictions imposed after protests started on October 17.

Recent decreases in capital inflows have caused dollar shortages, leading banks to cap withdrawals. On the unofficial market, the greenback has sold at up to 20 percent more than its official rate.

While Salameh insisted the financial sector would remain solvent, trust in the central bank has plummeted and outside the news conference, dozens of protesters voiced their anger.

"All of them means all of them. Salameh's one of them," they chanted, in a variation of a common call for all political figures to resign.

Protesters demand a complete overhaul of a political system they say has been dominated by the same families of political leaders since the end of the 1975-1990 civil war.

The government resigned on October 29 but stayed on in a caretaker capacity and parliamentary consultations on forming a new government are yet to be held.

Demonstrators call for technocrats not affiliated with Lebanon's traditional parties, but it is unclear whether this demand will be met.

Activists on social media called for a general strike and to block main roads on Tuesday, as Speaker Nabih Berri postponed a scheduled parliament session by a week to November 19.

In the northern city of Tripoli, thousands gathered in the main square at nightfall.

"This is the speaker's first time recognizing that things after October 17 are not as they were before," he said.

Earlier in the day, hundreds of students protested in several parts of the country, and dozens of demonstrators gathered near the airport.

In recent days, high school pupils and university students have taken a leading role in protests, demanding a better future in a country where youth unemployment is over 30 percent.

In central Beirut, Mohammed, an unemployed 51-year-old, said he had hope in the next generation.

"We have reached a point of no return. Young school pupils are the ones who will decide our destiny," he said.

Corrupt political leaders "have stolen 30 years of our lives, but they won't be able to steal a single second off the young generations".

On Monday, the leader of the powerful Shiite movement Hezbollah, Hassan Nasrallah, called for corruption prosecutions and a mechanism to return stolen money to the state.

The leader, who claims unnamed foreign entities were funding protests, had previously called on his supporters to leave the cross-sectarian street movement.

The World Bank on Wednesday urged authorities to swiftly form a new government to prevent further deterioration of the economy.

The crisis has hit businessmen unable to purchase imports in dollars and caused panic among citizens fearing petrol and food shortages.

Lebanon's economy has been battered by a series of political crises, compounded by the eight-year civil war in neighboring Syria.

Economists are deeply concerned by the country's crippling debt of $86 billion, which equates to roughly 150 percent of the gross domestic product.