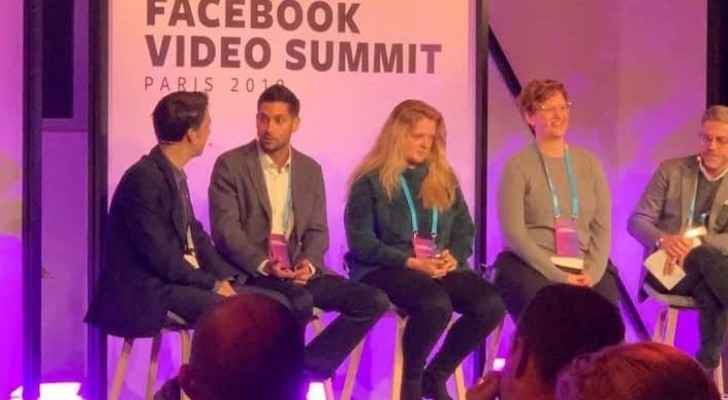 Fares Sayegh, the General Manager of Roya TV, was invited as a keynote speaker at the Facebook Video Summit held in Paris, France, on Wednesday, November 6, 2019.

He has been selected, due to the significant success of Roya's social media presence across multiple platforms, in addition to being ranked the most-followed TV network on social media platforms in the Kingdom of Jordan and one of the leading ones in the region.

During the Summit, Sayegh addressed the importance of social media in the television industry and explained how Roya is using Facebook positively to better reach its audience and uncover the needs of Jordanian society. This is to create and publish content that reflects the concerns and interests of Jordanians on the Roya screen, which, in turn, has made Roya one of the best local TV networks.

Fares Sayegh also addressed Roya TV's experience with live streaming through social media platforms, especially Facebook, which had a positive effect on Roya TV's viewership rate. He explained how live streaming is a great tool to discover what interests people and helps create interactive journalism, in addition to offering many other benefits such as scheduling content, which would make it a flexible platform to use.

The Summit has brought together C-Suite officers, business founders, entrepreneurs, and speakers from all over the world, who had unique experiences with Facebook services, especially live streaming. Each one of the participants in the Summit shared their experiences and feedback on Facebook services.