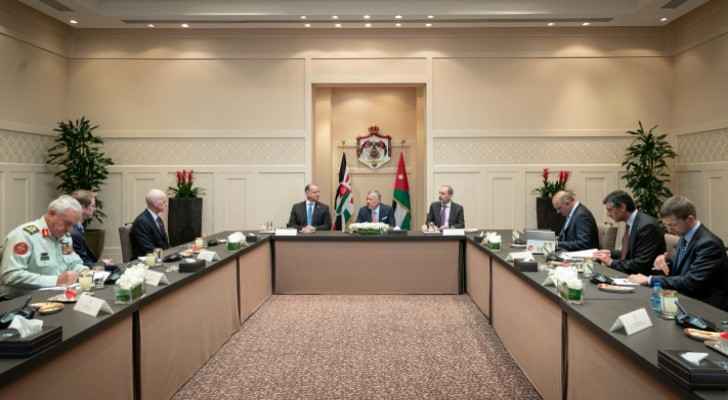 His Majesty King Abdullah, on Thursday at Al Husseiniya Palace, received a US House of Representatives delegation, headed by Representatives Adam Smith, to discuss the strategic partnership between Jordan and the United States, and the latest regional developments.

During the meeting, attended by His Royal Highness Prince Feisal bin Al Hussein, King Abdullah expressed Jordan's appreciation for the support provided by the United States in development and defence, emphasising the important role of Congress in this regard.

The meeting also covered efforts to reach political solutions to crises in the Middle East and restore security and stability to the peoples of the region, as well as regional and international efforts to counter terrorism within a holistic approach.

For their part, members of the congressional delegation underscored the strength of US-Jordanian ties and keenness to bolster them in various fields, expressing appreciation for Jordan’s role, led by His Majesty, in promoting peace and stability in the region.