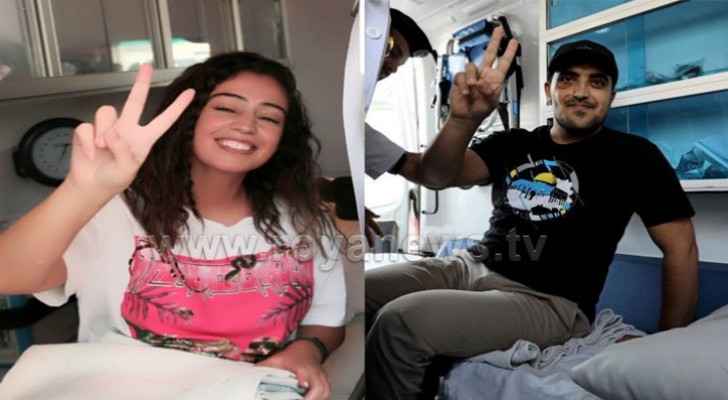 The Jordanian citizens Hiba Al-Labadi and Abdulrahman Marei, who were detained by the Israeli occupation, have just arrived in King Hussein Bridge.

Hiba and Abdulrahman were welcomed by their families and a number of Jordanian officials and citizens.

They will be taken to Al Hussein Medical City for the necessary medical examination.

Hiba was arrested on August 20 at the Allenby Bridge crossing between Jordan and the West Bank as she was on her way to visit her relatives.

However, Marei was arrested almost a month ago at the King Hussein Bridge when he was accompanied by his mother to attend the wedding of a relative in the West Bank.