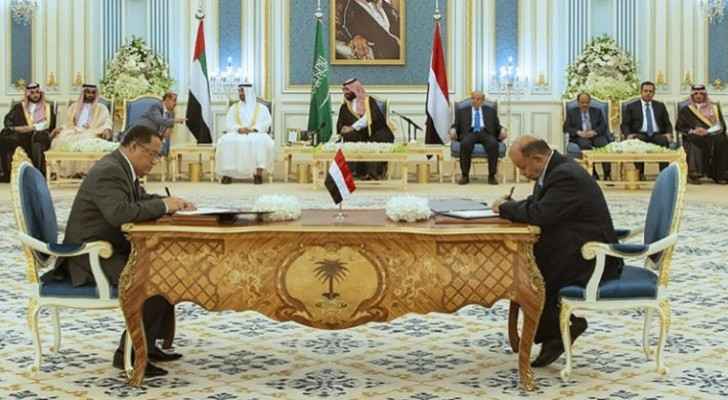 Jordan welcomed on Tuesday, November 5, 2019, the peace agreement signed in Riyadh between the internationally recognized Yemeni government and the Southern Transitional Council.

Minister of Foreign Affairs and Expatriates, Ayman Safadi, said the agreement was an important step toward healing the rift and strengthening Yemeni unity, as well as exploring prospects for a political solution to the Yemeni crisis.

Safadi commended Saudi Arabia's role under the leadership of the Custodian of the Two Holy Mosques that culminated in the signing of the agreement.

He also hailed the UAE's continued efforts to find a political solution to the crisis.

Safadi also affirmed the Kingdom's full support for the efforts aimed at solving the Yemeni crisis, in a way that guarantees Yemen's territorial integrity and stability and meets the aspirations of its people, and maintains regional stability.