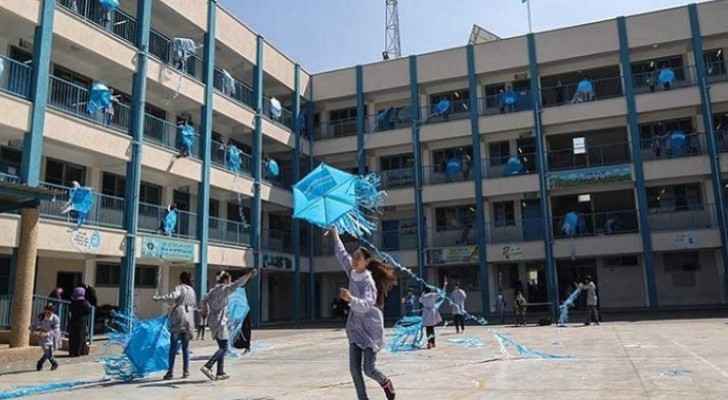 Minister of Foreign Affairs and Expatriates, Ayman Safadi announced on Sunday evening, November 3, 2019, that an agreement was reached with the United Nations Relief and Works Agency for Palestine Refugees in the Near East (UNRWA) to end the UNRWA's employees strike that started this morning.

Safadi explained that it was agreed to offer a JD 100 pay raise to the second, third, fourth, fifth, sixth, seventh and eight-rank employees of UNRWA, noting that the pay raise is usually added to the basic salary as of January 1, 2020.

The agreement also included granting JD 70 to all UNRWA staff from the ninth to the 20th rank, where the raise will also be added to the basic salary starting January 1, 2020, and includes the health sector and the microfinance sector.

Thousands of employees of the UNRWA went on an open strike in Jordan this morning, shutting schools and health centers that provide services for more than two million people.

The strike demanding pay rises is being observed by around 7,000 workers, UNRWA spokesman Sami Mshamsha said, and comes as the agency faces an unprecedented financial crisis.

Strikers had earlier said in a statement that the management of the UNRWA did not respond to their demands so they decided to start an open strike and to shut all UNRWA-run schools and universities, clinics and centers providing social welfare to refugees across Jordan until their demands are met.

Jordan extends condolences to Indonesia over ....

Jordan extends condolences to Indonesia over ....