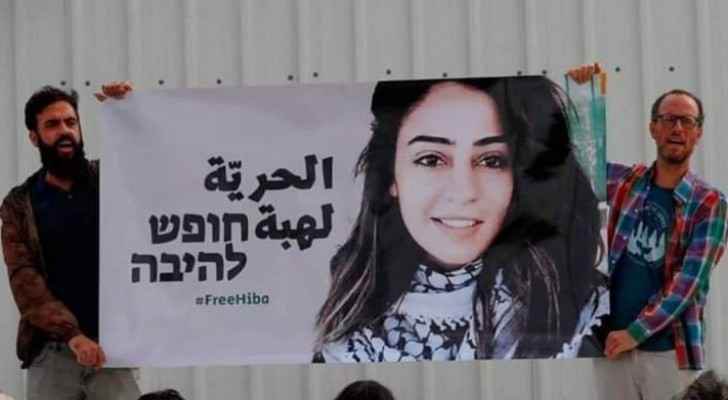 Jordanian social media users have called for the immediate release of Hiba Al-Labadi and Abdulrahman Marei who are currently detained in the Israeli occupation prisons.

Al-Labadi has been on a hunger strike for over 40 days, to protest against the torture she is suffering from and the administrative detention.

Recently, she has been transferred to a health center of the Israeli Prisons Department in order for her to receive medical care as she is in bad health condition.

Jordan is taking all available measures to ensure Hiba's safety and will make intensive efforts until Al-Labadi and Marei are released.

Jordanians have called for a protest in front of the Prime Ministry's office this evening in solidarity with Al-Labadi and Marei.

The public campaign that social media users launched will last until Al-Labadi, Marei and the 23 other Jordanian detainees are released.

Jordanians and people from across the world have taken to Twitter with the hashtag #HebaAllabadi.

❁ Held in Israeli detention WITHOUT CHARGE OR TRIAL for over 2 months, #HebaAllabadi has been hospitalized after 40 days on hunger strike, protesting her indefinite detention. ❁