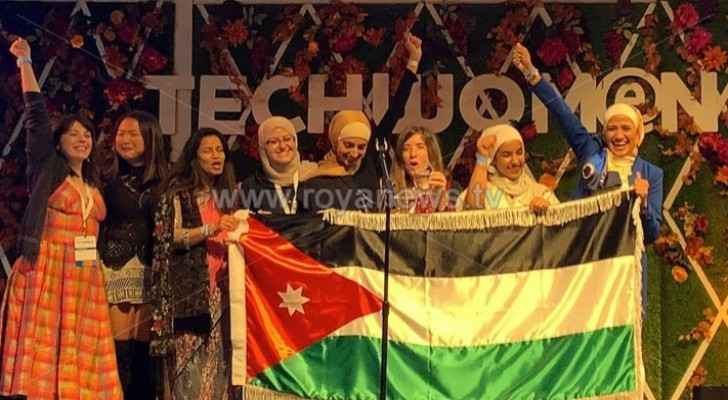 Five Jordanian women won an award for the Best Technology Project at the world's largest gathering of women tech leaders.

During an interview with Jordan News Agency (Petra), the five entrepreneurs said the project aims to bring attention to Jordanian youth's mental health, and shatter negative stereotypes that formed on this issue overtime.

Shedding light on the project, Alsanie, founder of EnvaTechs, said project "Sanad" is a mobile app in Arabic that helps young people and supports them by providing information about mental health, its problems and symptoms.

Alsanie, who was also named one of the most inspiring women in technology, stated that the app will include a secure and private chatting system, so that users can freely speak to specialized psychiatrists.

However, Diab underlined that users will be able to conceal their identity and openly discuss any matter and reach a solution to their psychological problem without having to visit a clinic.

Over 3,000 women participated in the program but only 106 of 21 countries were chosen to attend the gathering which is the largest in the world for women in the science, technology, engineering and mathematics (STEM) fields.

Alsanie, Khader, al-Muhtaseb, Diab, and Khalil followed in the footsteps of five other Jordanian female engineers who participated in the same gathering two years ago and won the same award for a project called "Azwa," which serves orphan girls in Jordan.