Jordanian ambassador in Tel Aviv arrives in Amman after being summoned

Jordanian ambassador in Tel Aviv arrives in Amman after being summoned 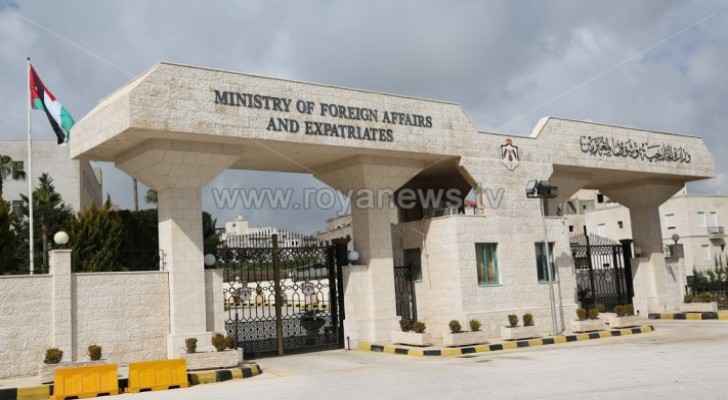 The Jordanian ambassador in Tel Aviv has arrived in Amman on Wednesday, October 30, 2019, after the Ministry of Foreign Affairs and Expatriates summoned him for consultation following the Israeli authorities refusal to release the Jordanian detainees, Hiba Al-Labadi and Abdulrahman Marei.

In a tweet he posted earlier yesterday, the Jordanian Foreign Minister, Ayman Safadi said that Jordan condemns the illegal arrest of Hiba and Abdulrahman, who were detained without charges for months.

Safadi had also held the Israeli government responsible for the lives of the detainees whose health conditions have severely deteriorated in illegal arbitrary detention.

He confirmed that all necessary legal and diplomatic measures will be taken to ensure their safe return home.

Officials from the Jordanian Embassy are expected to visit Hiba this afternoon.