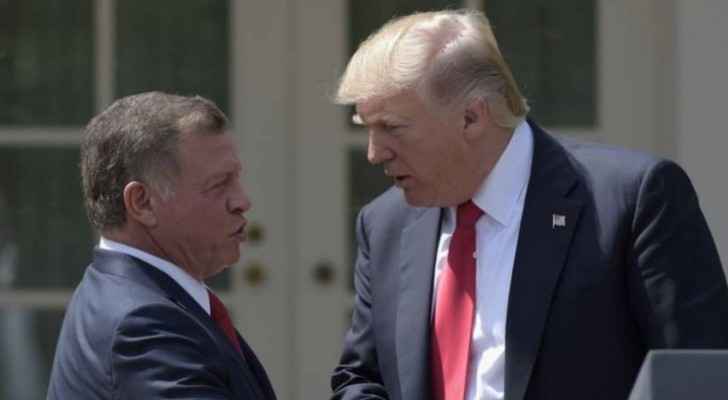 His Majesty King Abdullah, in a phone call on Tuesday with US President Donald Trump, said that the killing of the leader of Daesh is an important step in the war on terrorism.

His Majesty emphasized that Jordan will continue to exert every possible effort in fighting terrorism on the military, security and ideological fronts, and will remain a key and effective member in the US-led Global Coalition Against Daesh.

The King also expressed appreciation for President Trump’s remembrance of martyred Jordanian pilot Muath Kasasbeh, in his remarks announcing the killing of the Daesh leader.

During the phone call, His Majesty and President Trump reaffirmed the strong ties between Jordan and the US.