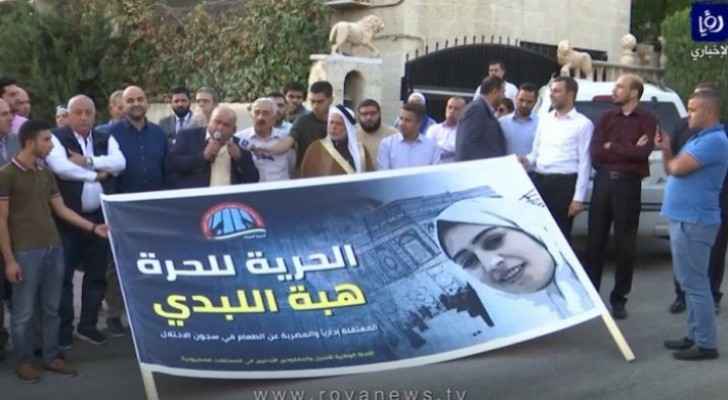 The Jordanian citizen, Hiba Abdulbaqi Al-Labadi, who is currently being held by Israeli authorities, was transferred to the Bnai Zion Hospital in Haifa, Khaled Mahajneh, a lawyer for the Commission of Detainees' Affairs.

Due to her bad health condition, Hiba could not attend a court session that was scheduled to be held today at the Israeli Military Court of Appeals in connection to a ruling to validate Hiba's administrative detention.

Labadi has been on a hunger strike for 35 days to protest the torture she has suffered during the investigation for nearly a month and the administrative detention.

Al-Labadi has been on a hunger strike for 35 days in rejection of the torture she is suffering from during her detention.

Distressful details on what Jordanian detainee ....

Distressful details on what Jordanian detainee ....

Distressful details on what Jordanian ....