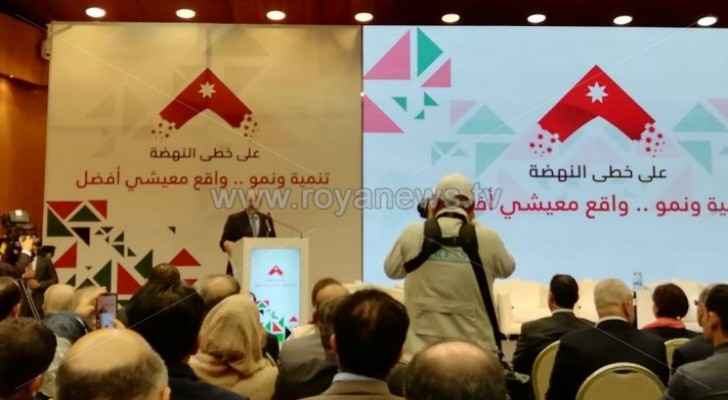 During a meeting held at the Royal Cultural Center, Prime Minister, Omar Razzaz announced on Sunday, October 27, 2019, a package of government measures aimed at stimulating the national economy and investment.

The stimulus package comes in response to King Abdullah's directives to the government to take clear decisions and actions that stimulate the national economy, address the living needs of citizens and reduce unemployment.

Razzaz said that the government has put many measures and has made many incentive decisions through four main axes, namely increasing wages and salaries, stimulating the economy and investment, improving the quality of services provided to citizens, and administrative and financial reform.

At the beginning of the meeting, Razzaz clarified that the four topics of discussion are the revitalization of the economy and stimulating investment, administrative reform and public finances, improving the citizens' living conditions and improving the quality of services.

Razzaz stated that His Majesty's first concern was and is still the standard of living of the citizen, noting that his government will address the public budget this year differently and will announce it to the public.

He also said that the most important aspect is stimulating the economy and increasing growth and its reflection on employment.

"Before the end of this year, we will announce a program to achieve universal health insurance in 2023," he noted.

Razzaz pointed out that the first step to stimulate the economy and investment is through stimulating the real estate and housing market.

He added that the second step is through stimulating the productive sectors, exports and employment, confirming that the government will give incentives to Jordanians.