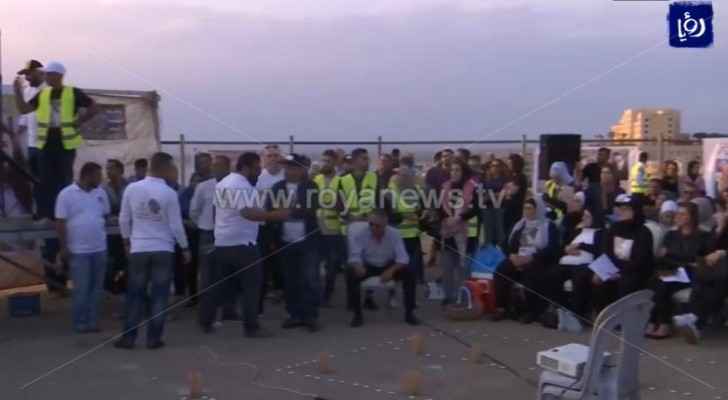 A number of parents and relatives have held a memorial service for the victims of the Dead Sea tragedy that took place on October 25, 2018.

During the memorial service that was held in the Dead Sea, parents called on holding accountable those responsible for the incident.

Some parents expressed dissatisfaction with the lack of ambulance and rescue crew at the site where the incident took place.

Other parents have shown their rejection of the measures and steps that the government said it has taken following the tragedy, affirming that holding those responsible accountable is the most important step the government should take.

Jordanians have recalled on Friday, October 25, 2019, the incident with more sorrow and sadness, as several described that day as the "fateful black day."