Ozone layer at its smallest since its discovery

Ozone layer at its smallest since its discovery 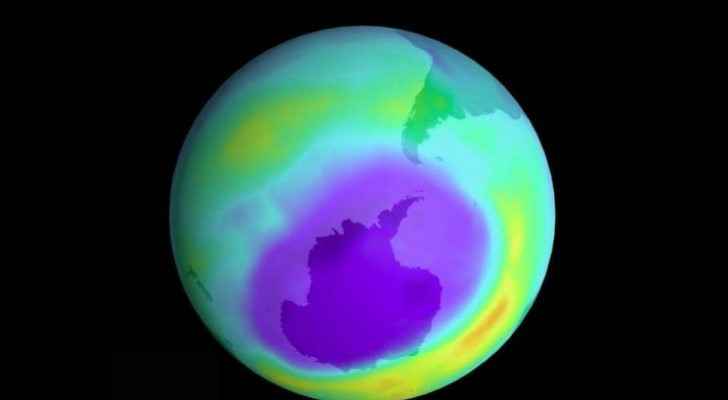 The hole in the ozone layer above Antarctica has shrunk to its smallest since it was first discovered in the 1980s due to abnormal weather patterns.

Almost seven to 25 miles above the Earth's surface, the ozone layer shields the planet from potentially harmful ultraviolet radiation that can cause skin cancer and cataracts, suppress immune systems and also damage plants.

In 2001, scientists at NASA said they located the largest ozone hole ever recorded, covering 11.5 million square miles over Antarctica - although this size hasn't been reached since.

At its peak this year, the annual ozone hole reached just 6.3 million square miles on September 8, 2019, before shrinking to less than 3.9 million square miles for the remainder of September and October - although this was due to weird weather conditions rather than human attempts to control Chlorofluorocarbon (CFC).

"It's great news for ozone in the Southern Hemisphere," said Paul Newman, chief scientist for Earth Sciences at NASA.

"But it's important to recognize that what we're seeing this year is due to warmer stratospheric temperatures. It's not a sign that atmospheric ozone is suddenly on a fast track to recovery." "The chemistry that leads to their formation involves chemical reactions that occur on the surfaces of cloud particles that form in cold stratospheric layers, leading ultimately to runaway reactions that destroy ozone molecules.

This is the third time in the last 40 years that warm temperatures have limited ozone depletion, according to NASA and the US National Oceanic and Atmospheric Administration (NOAA) in Colorado.

Susan Strahan, an atmospheric scientist at NASA, said, "It's a rare event that we're still trying to understand. If the warming hadn't happened, we'd likely be looking at a much more typical ozone hole."