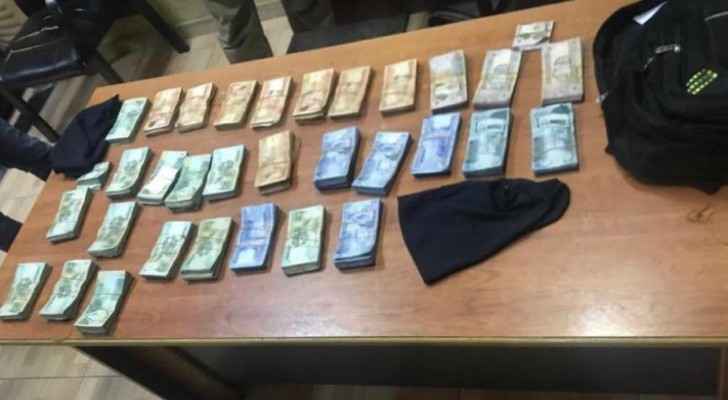 Members of the Criminal Investigation Department (CID) managed on Wednesday, October 23, 2019, to arrest a man involved in the bank robbery that took place on Sunday, October 20, 2019.

The media spokesman for the Public Security Directorate (PSD) explained that on Sunday afternoon, the CID Operations Room and the Central Amman Police Directorate received a report about two unidentified, masked and armed persons who entered the branch of a bank in the Mahatta area of Amman, stole an amount of money at gunpoint and fled the scene immediately.

Following the report, a special investigation team was formed to follow up on the incident, identify and arrest the perpetrators.

The media spokesman added that following the investigation and the gathering of information, the CID members were able to identify the perpetrators and arrested one of them.

The arrest admitted to committing the robbery in conjunction with one more man who is still at large, the spokesman mentioned.

The vehicle that was with the perpetrators, half of the stolen amount of money and the tools the robbers used in the robbery were seized, the spokesman said, adding that the search is currently underway to track down the other man involved in the robbery.

The media spokesman stressed that the members of all police directorates in various Jordanian governorates work round the clock to track down all those involved in such crimes that threaten the safety and security of the community.

People who commit bank robbery are usually accused of: