Lebanese Civil Defense thanks Jordan for assistance in extinguishing fires

Lebanese Civil Defense thanks Jordan for assistance in extinguishing fires 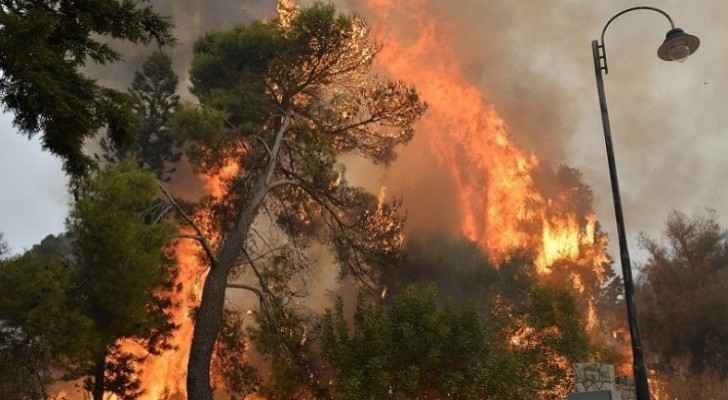 In a phone call during Roya's "Nabd Al Balad" program, Head of the Operations at the Lebanese Civil Defense, Georges Abou Moussa confirmed that all fires in Lebanon were extinguished.

Abou Moussa described the fires as the worst fires to hit Lebanon in 20 years.

He added that the fires have left one dead and seven members of the Civil Defense injured. In addition, the fires have caused catastrophic material losses.

Investigations are underway into the cause of the fire, Abou Moussa mentioned, pointing out that the high temperatures and the strong winds were among the factors in the fire spread.

At the end of the phone call, he thanked Jordan for sending aircraft that helped in extinguishing the fires.