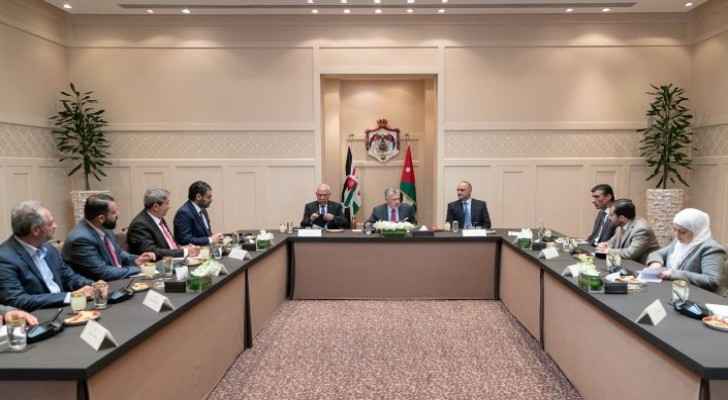 During his meeting with the representatives who work in promising and traditional sectors such as tourism, microfinance, ICT, alternative energy, the apparel industry, and filmmaking, King stressed the important role of the private sector in achieving economic growth, creating job opportunities, and improving citizens’ standard of living.

His Majesty also highlighted the role of business owners and innovators as partners in achieving growth and developing economic sectors.

His Majesty confirmed that achieving growth requires faith and positive action, noting that Jordan has made substantial progress in various fields.

For their part, attendees expressed appreciation for His Majesty’s continued support for the private sector’s role in economic growth, which contributes to supporting the economy, improves the standard living of citizens, and provides job opportunities.

The private sector representatives also stressed the importance of partnership with the public sector and civil society institutions to create an economic environment conducive to growth, calling on young Jordanians to capitalize on available opportunities and not to hesitate in starting their own projects in various sectors.