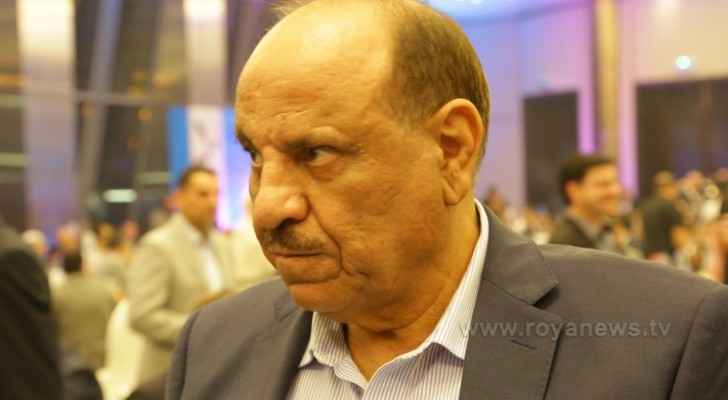 Jordanian Minister of Interior, Salameh Hammad has met on Thursday, October 10, 2019, with Anti-Terrorism Commissioner and Chinese Deputy Minister of National Security, Liu Yuejin, and the accompanying delegation, according to Jordan News Agency (Petra).

During the meeting, Hammad said that confronting terrorism and its tools requires extraordinary efforts at the regional and international levels to dry up its financing sources and suppress all attempts to spread it.

Discussions at the meeting dealt with means of boosting bilateral cooperation, especially in the field of combating terrorism, extremism and crime through exchanging information and activating joint partnership in this context, in addition to the current developments in the region and their repercussions on local, regional and international levels.

During the meeting, Hammad said the wise Hashemite leadership dealt with terrorism as a global concern and an epidemic that must be eradicated and combated by all possible means, pointing to the Aqaba meetings held by His Majesty King Abdullah II with leaders of many countries in this regard.

He also pointed to His Majesty's continuous speeches in various regional and international forums to alert of the dangers of terrorism to global security and peace and the need to mobilize international energies to counter and eliminate it.

"Any country's security system and political stability is directly affected by terrorism, and its instruments of terrorist organizations and their supporters and incubators," he said, adding "Perhaps the region's successive political crises provided a fertile environment for terrorism to grow, to lure terrorists, and to spread this extremist dark thought, posing a real threat to humanity as a whole, and negatively affect the march of development".

On the Kingdom's anti-terror fight, he said Jordan's efforts in combating terrorism are proceeding according to a systematic plan in terms of security and ideology, which has become a reference for the world countries in dealing with terrorist organizations, pointing out that His Majesty has launched the Amman Message to address many misconceptions about Islam, and clarify its true teachings based on brotherhood, peace and tolerance.

Regarding the challenges facing Jordan, he said the repeated waves of refugees that the Kingdom is facing from several nationalities have put "enormous" pressure on its economic resources, stressing that Jordan, under his wise leadership, cannot close its doors to those who seek security and safety, based on its established humanitarian principles.

In another context, Hammad lauded the bilateral relations as " longstanding and deep-rooted" and enjoy special support from the two countries' leaders, pointing out that the Chinese delegation's visit will be another step to strengthening, and developing them in all areas of common interest.

The Chinese investment projects in the Kingdom receive great attention from all government officials, he affirmed, expressing the readiness of the Ministry of Interior to overcome any difficulties in this area, in cooperation with the relevant authorities and provide the necessary services to the Chinese community living in the Kingdom.

Hammad praised the Chinese position in support of the Kingdom and its continuous efforts to build bridges of cooperation and coordination between the two sides in various fields.

For his part, the Chinese official supported the Minister of the Interior in the need to establish broader relations and effective regional and global partnerships to fight terrorism, especially the exchange of information and visits.

Yuejin pointed out that his country's relations with Jordan were launched decades ago, adding his visit to Jordan comes to strengthen them and expand joint cooperation programs.

Continuing, "2015 witnessed the establishment of strategic partnership relations between the two countries and achieved many positive results for both countries, especially in the field of capacity building, combating terrorism, security and police , economic and investment cooperation, as Jordan is hosting many Chinese investment projects."

He expressed his thanks for the Jordanian government's role in providing the appropriate security and legislative environment for Chinese investment projects and tackling the difficulties they face.

Yuejin also extended an official invitation to the interior minister to visit China to enhance cooperation between the two countries and learn about China's experience in fighting terrorism and extremism.