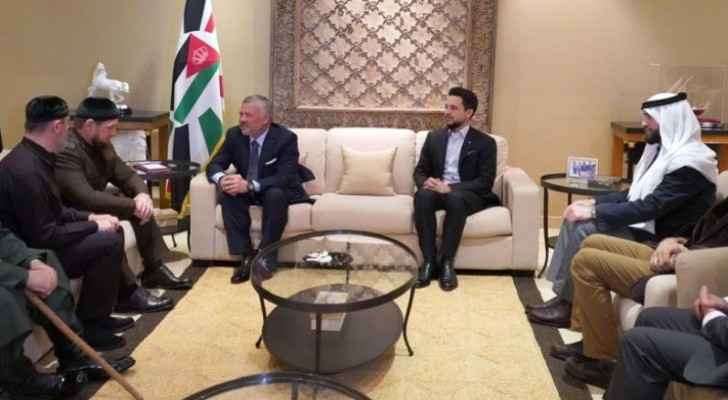 King Abdullah asked Kadyrov to convey his well wishes to Russian President Vladimir Putin, stressing the deep-rooted relations between Jordan and Russia and keenness to expand cooperation in various fields.

The King stressed Jordan’s commitment to its historic and religious role in safeguarding Islamic and Christian holy sites in Jerusalem, in line with the Hashemite Custodianship.

His Majesty congratulated the Chechen president on the inauguration of the Prophet Mohammad Mosque, Europe’s largest mosque, in Shali, Chechnya.

The head of the Chechen Republic had arrived in Jordan earlier in the day and visited the tombs of King Hussein, King Abdullah I and King Talal.

King inaugurates visitor center at site of Blessed Tree in ....