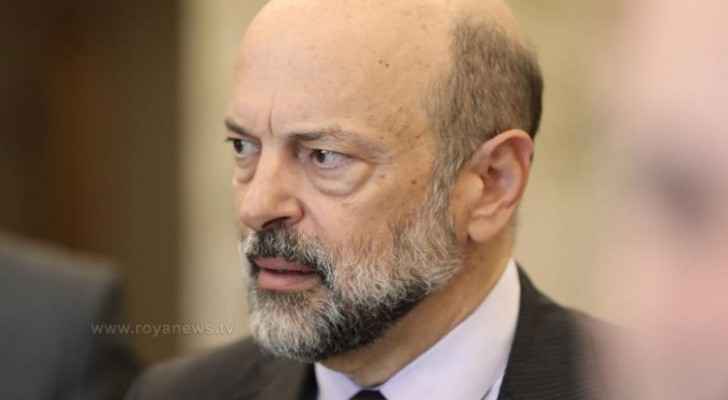 During a meeting attended by Audi Bureau President Abed Kharabsheh, the Prime Minister stressed the deep and "brotherly" relations between Jordan and the State of Qatar, and the two countries' keen interest to further cement cooperation in the various fields. He also said the government is open to take the expertise of oversight apparatuses.

Razzaz said that his government is keen on enhancing the Audit Bureau's independence in order to carry out its control role to protect public money and expand its field of work to include administrative control.

The Qatari Audit Bureau chief noted that the Audit Bureaus of the two countries had come a long way in cooperation in training and the exchange of know-how, stressing the importance of keeping pace with the developments in "this ever-changing profession."

He said that he looked forward to reaching a formula of a memorandum of understanding between the Jordanian and Qatari Audit Bureaus to enhance joint cooperation and the exchange of financial control expertise, performance evaluation, risk management and data analysis.

State Minister for Cabinet Affairs Sami Daoud said during the meeting that performance control was boosted in many institutions and entities that refer to the Audit Bureau to correct their violations, which helped the Bureau in measuring risk management.

He noted that a team assigned by the Prime Minister to review the violations contained in Audit Bureau reports had worked extensively during the past months and completed addressing all malpractices listed in the bureau's 2017 report.

Daoud said the Bureau is currently working on the 2018 malpractices before issuing the annual report, which is expected to be sent to the Prime Minister in the next few days.

Kharabsheh said that the Audit Bureau is keen to cooperate with its peers in the Arab countries to formulate a clear vision and action strategy, address challenges and deal with up-to-date technology in data collection and analysis.

PM: We have promising, reassuring news ....

PM to announce new phase of government's response to ....