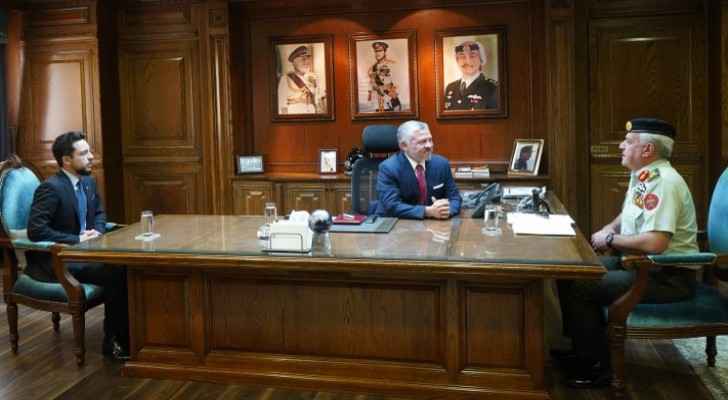 His Majesty King Abdullah, the Supreme Commander of the Jordan Armed Forces-Arab Army (JAF), accompanied by His Royal Highness Crown Prince Al Hussein bin Abdullah II, on Sunday visited the General Command of the JAF, where he was received by Chairman of the Joint Chiefs of Staff Maj. Gen. Yousef Hneiti and heads of security agencies.

His Majesty also checked on the readiness of JAF and security formations, commending the personnel’s efforts and expressing pride in their advanced level in terms of armament and training.