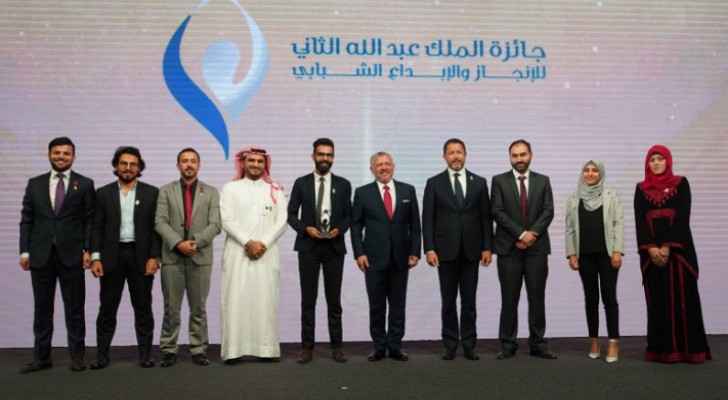 His Majesty King Abdullah attended on Sunday the annual ceremony of the King Abdullah II Fund for Development (KAFD) at the King Hussein Business Park.

The ceremony featured a showcase of KAFD’s achievements and success stories involving young beneficiaries of the fund, which was established in 2001 to promote sustainable progress and elevate the socioeconomic status and prosperity in Jordan.

A total of 1,362 young Arabs from 16 countries applied to the award this year, 10 of whom were shortlisted for the final stage of the competition.

Waragami is the first project in the Middle East to specialize in the paper art of Origami and Quilling, aimed at developing creativity, patience and motor skills among its practitioners, as well as assisting in the rehabilitation process of people with disabilities.

Also during the ceremony, a number of youth beneficiaries of KAFD’s programs highlighted their success stories and experiences, outlining the impact of the fund on their projects.

The ceremony also included a celebration of the10th anniversary of the Royal Academy of Culinary Arts, as a success story in vocational education and a positive influence on the social perception of vocational training.